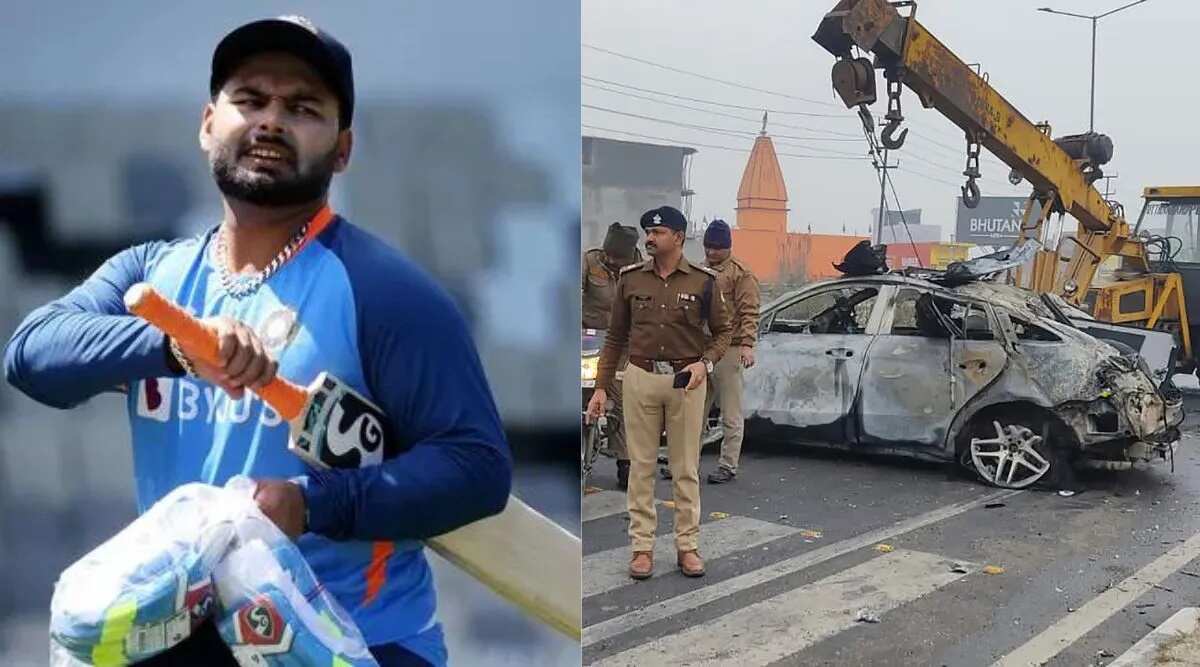 Rishabh Pant, the India wicketkeeper-batsman who was wounded in a horrible automobile accident last week, will be transferred from Dehradun to Mumbai for additional treatment. Pant was injured in his right wrist, ankle, toe, and back, as well as two wounds on his forehead and a ligament rupture in his right knee. He is now being monitored in Dehradun’s Max Hospital. However, Delhi and District Cricket Association (DDCA) Director Shyam Sharma has confirmed that Pant would be sent to Mumbai for additional treatment later on Wednesday.
“I communicated with his mother. We will transport him to Mumbai for additional treatment for his ligament damage “Sharma said ANI news agency.
Pant’s car went off the road early in the morning on NH-58 in Uttarakhand’s Haridwar district after hitting with a divider and then caught fire. The Indian athlete apparently managed to flee the scene by shattering the window of his car, but he sustained serious injuries.
Pant, according to the source, has not yet begun walking properly. Pant is being transferred to Mumbai by the BCCI’s own team of physicians. The good news from the initial therapy is that Pant’s spine and brain tests came back normal. Scans on two probable ligament rips, on the other hand, have yet to be performed.
Due to discomfort and swelling, a few scans on the wicket-knee keeper’s and foot were postponed. The board is currently deciding whether he needs surgery or rehabilitation. It should also be highlighted that Pant had plastic surgery on December 30 to address lacerative and abrasion wounds.
Last Monday, the BCCI issued a statement saying, “Pant has two cuts on his forehead, a ligament rupture in his right knee, and injuries to his right wrist, ankle, and toe, as well as abrasions on his back. According to a BCCI statement given to the media, Rishabh’s health is stable, and he has been taken to Max Hospital in Dehradun, in which he will undergo MRI scans to ascertain the extent of his injuries and arrange his next course of treatment.”
Pant was driving alone and apparently fell asleep at the wheel when the tragedy occurred.
He was going from Delhi to Roorkee when his automobile crashed with a divider near Hammadpur Jhal on the Narsan boundary of Roorkee. Pant is allegedly no longer in danger and has been transferred from ICU to a private suite. Given the severity of the mishap and the injuries incurred by the wicket-keeper batter, he will be out of play for an extended period of time.